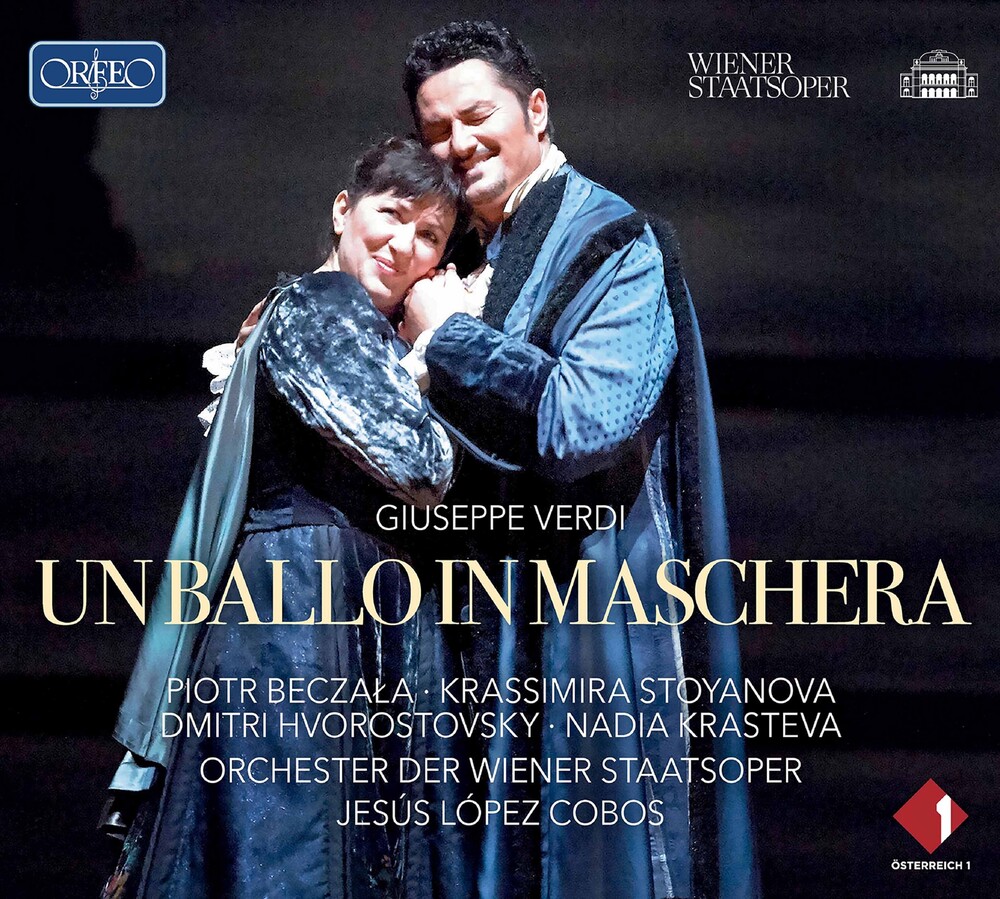 Initially composed for the 1857-58 Carnival Season at the Teatro San Carlo in Naples, this opera about the murderer of Swedish King Gustav III was rejected by Neapolitan censors, and so were it's revisions. The premiere performance of Un ballo in maschera took place only on 17 Feb 1859 at the Teatro Apollo in Rome - and also only after revisions enforced by the pontifical censors: first and foremost, the setting was transferred from Sweden to colonial North America, and not a king, but Riccardo, the governor of Boston, was to be the murder victim. Despite these changes, the melodrama was very well received by the audience, and up until today Un ballo in maschera is one of Verdi's most popular stage works. Like most modern performances, this recording is based on the Swedish version of the opera. It's first performance at the Vienna Opera House on the Ring was given in 1870 (exactly one year after the opening), and has since enjoyed well over 500 performances in this house. The star-studded cast includes Pjotr Beczala as Gustav III, Dmitry Hvorostovky as Renato and Krassimira Stoyanova as Emilia, Nadja Krasteva, Hila Fahima, Alexandru Moisiuc, Sorin Coliban, Igor Onishchenko and Thomas Ebenstein, peforming under the baton of JesĂşs LĂłpez Cobos. Live recording April 2016.