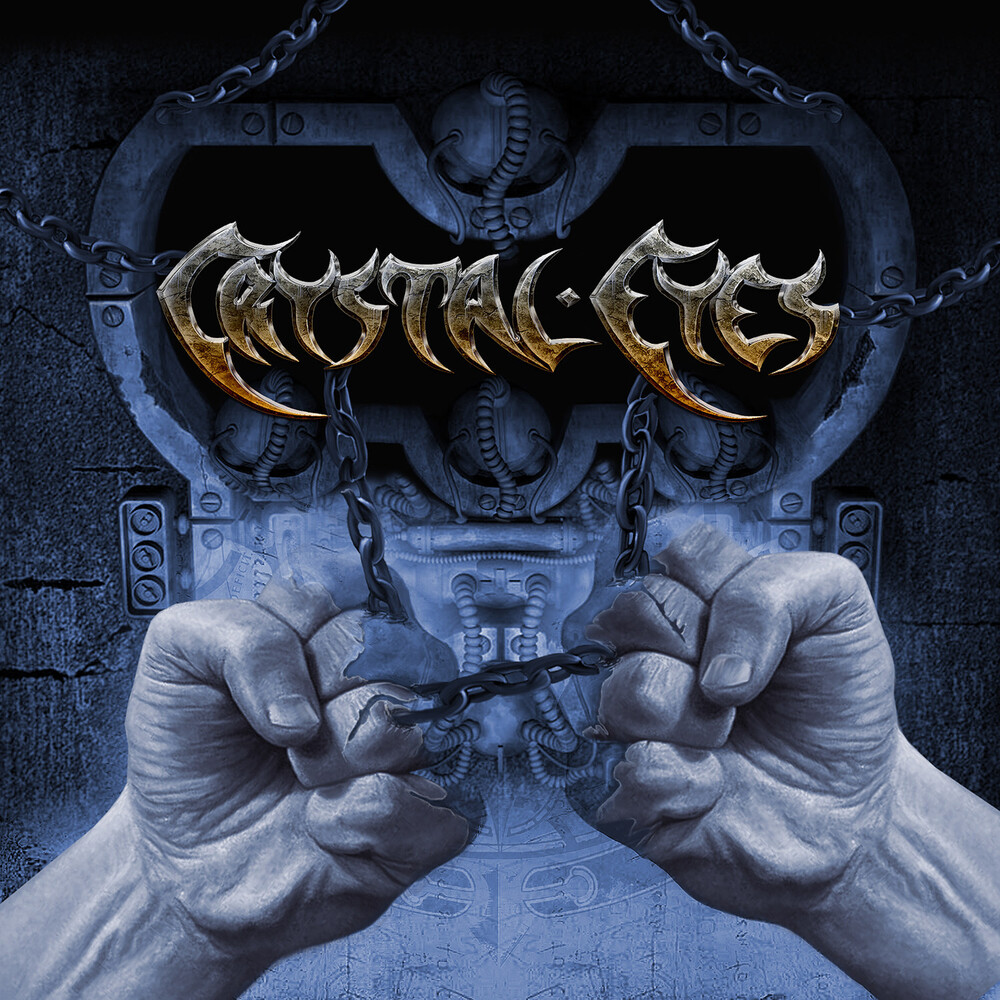 "Chained" is Crystal Eyes' 6th album and a natural follower to "Dead City Dreaming". It's the second and last album with Danish singer Nico Adamsen before Mikael Dahl returned to the lead singer position. The ending ballad "Guardian" features Mikael on vocals and the song is now one of the all-time fan favorites. "Chained" is also the second album that was being mixed by Fredrik NordstrĂ¶m at Studio Fredman and production-wise it's really strong. Influences from Judas Priest, Iron Maiden, Accept, Dio, Manowar, Running Wild etc. May be obvious but since the band's aim is to write music as it was in the good old Eighties, they're just proud that people mention these bands when they listen to Crystal Eyes. The opening track "Ride The Rainbow" has a strong Manowar vibe and the lyrics are about believing in yourself and that anything is possible. The two big epic tracks "The Fire Of Hades" and "Dying In The Rain" are good examples of influences from Ronnie James Dio - whether it's from Black Sabbath, Rainbow or DIO, he's always been one of Mikael's biggest heroes. Another of Mikael's favorite bands is Accept, with his all-time favorite guitarist Wolf Hoffmann, which is pretty obvious when you listen to "The Devil Inside". "Waves Of War" continues the tradition of Running Wild, which has followed Mikael's songwriting since the band's first album. The lyrics to this one were inspired by the movie "The Pirates Of The Caribbean". "Fighting" is an up-tempo Judas Priest-style song while "Shadow Rider" and "Lonely Ball Of Fate" show big influences from Iron Maiden. The ending ballad "Guardian" is probably something you usually would hear on a Blind Guardian album. Even though you hear traces of all those bands mixed together, you'll never hear any rip-off because it sounds like Crystal Eyes with their very unique sense for melodies and guitar work. The main theme of the title "Chained" comes from the lyrics which are reflections of life and situations you're stuck in and can't do anything about. But the main meaning is of course that we are "Chained to Metal".