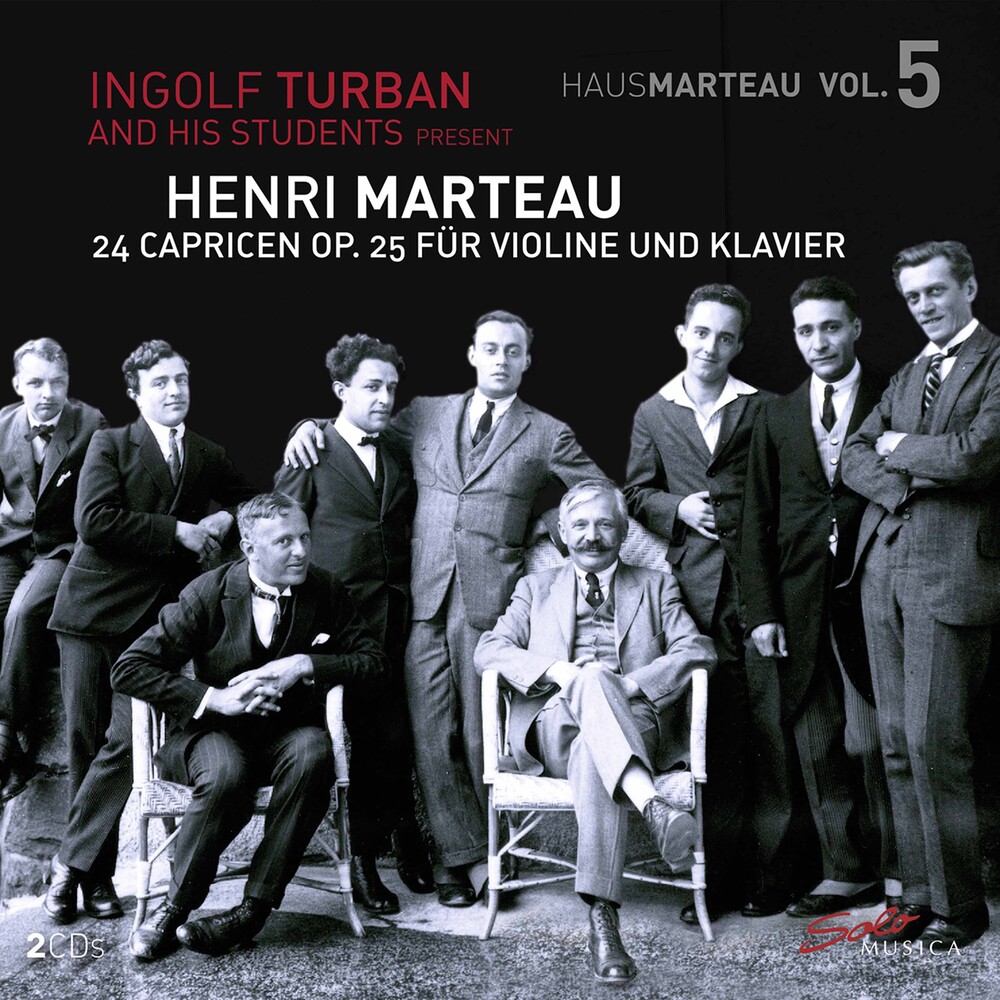 If a composer writes 24 caprices for the violin, and if he himself is also a uniquely virtuoso violinist, then a comparison with the 24 caprices by Paganini is inevitable: Henri Marteau was not only appreciated and revered as one of the greatest violinists of his time, but his compositional work was lost in the background. He shared this fate with Niccolò Paganini, who was also experienced during his lifetime more as a "warlock" of the violin than as a serious composer and musician. So, if this comparison is almost inevitable, it must be mentioned that Paganini himself, with his main work published in 1820, also took up the example of other composers, such as the Etudes and Caprices of Rodolphe Kreutzer. The subtitle of Henri Marteau's Caprices: "d'exécution transcendante" is also very revealing. Moreover, Marteau has his miniatures accompanied throughout by the piano, unlike Paganini, who uses the violin alone. The violin virtuoso Ingolf Turban considered his own violin class at the Hochschule München predestined for this first recording of all 24 of Marteau's caprices. So together they dared to do the almost unbelievable: all twelve students in his class were involved in this mammoth task, the absolute peak of which, of course, lies in the very elaborate piano accompaniment. Here he engaged the pianist Tomoko Nishikawa, who confidently took on this mammoth task! Ingolf Turban also described himself as the "13th student", so to speak, so he took the caprices for his own playing from the "rest", which for hidden reasons was rather spurned, and gladly took part in it. The present recording is the result of a live concert on 12 December 2017 in the large hall of the Munich Musikhochschule and a smaller event on 7 October 2019.