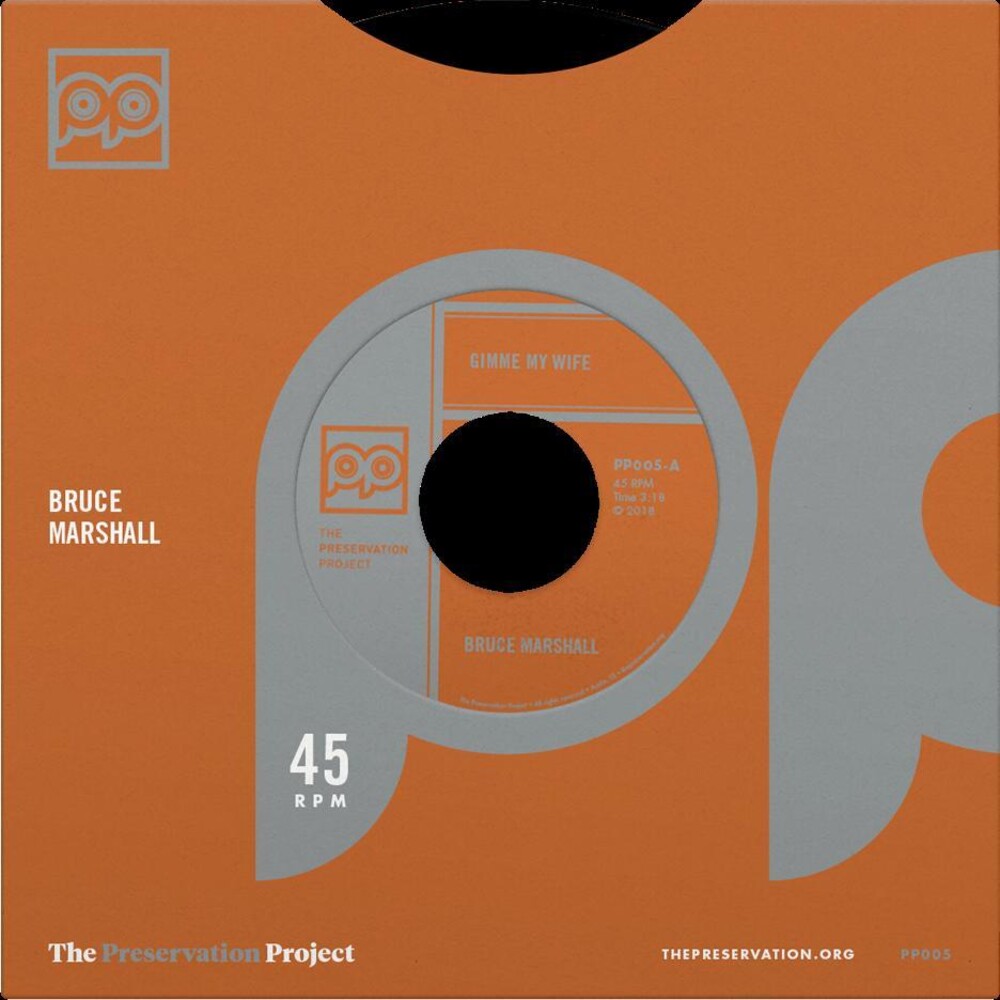 Enter the dark opium den that is PP005 - a release reminiscent of those pioneers of funk, Parliament and Funkadelic. These previously unreleased tracks from the early 1970s by Bruce Marshall and Bill Thomas were likely recorded around the time of "Osmium" and "Maggot Brain" - in fact, the artists featured here may have been directly influenced by the movement as it was happening, making these discoveries remarkable entries into the history of psych funk.Where to begin with Bruce Marshall's Gimme My Wife on the A side? Try to imagine a psychedelic football game, with driving wah wah funk as the halftime show. The frenetic instrumentation is guided by an infectious guitar hook, coupled with a loose chorus of voices and whistle blows. They all come together at the end to chant what sounds like "parrrr-tay," a foreshadowing of that refrain the Beastie Boys would popularize.Things get a little more solemn on side B with an instant classic by Bill Thomas, Ease My Mind Pt. 1. A surprising dirge of fuzzy guitar leads into a chorus that sings, like a mantra, "I have seen much trouble... ease my mind." Things morph into tight horns backed by some prominent organ - in fact, this is one of the tightest horn sections on any of our releases to date.Funk is alive and well on our fifth release - adding a new dimension to the amazing body of psych funk that's already out there. Who knows what could have happened had these cuts reached ears during the 70s - but the time for the Marshall-Thomas ship to land is now. Put this on to get your next party going, and it'll do most of the work for you.