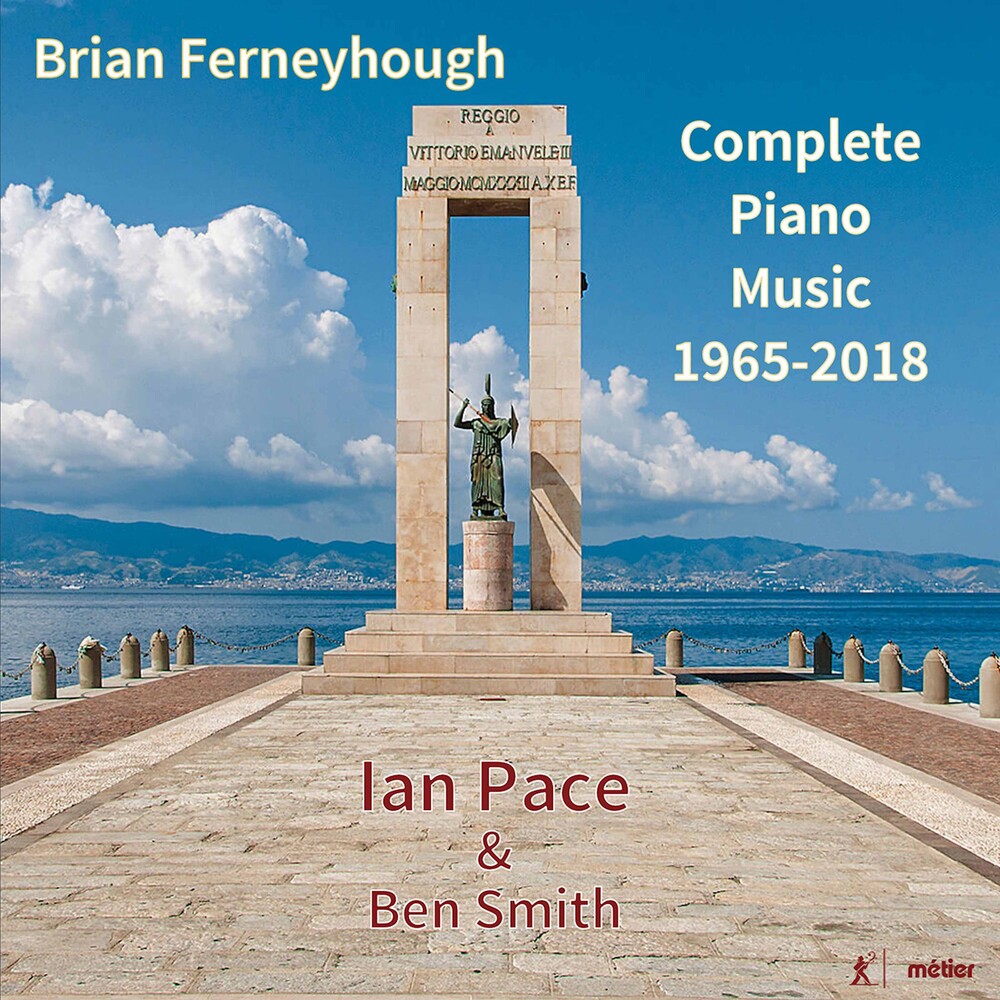 Brian Ferneyhough is well established as one of the leading figures in the avant-garde 'new complexity' school. His works, fiercely complex and requiring virtuoso performers, are nevertheless among the most successful in the MĂ©tier new music catalog. This album contains all of Ferneyhough's music for piano from 1965 to 2018 including the Two-Piano Sonata where Ian Pace is joined by Ben Smith. Ian Pace is renowned as a leading interpreter of new piano music and is a virtuoso of the highest order. Also a music philosopher, author and academic researcher, and head of department at City University London, his extremely impressive intellect informs his performances. This album includes a comprehensive and detailed essay on his approach to the music of Ferneyhough of interest to all musicologists. He has given world premieres of over 300 works and recorded 34 albums to date. Ben Smith is a London-based performer and composer specializing in contemporary music. Ben graduated from City, University of London in 2015, and is currently a Junior Fellow at Guildhall School of Music & Drama, where he previously studied with Laurence Crane, Rolf Hind, and James Weeks. He recently appeared on the new MĂ©tier recording of Alastair White's opera ROBE (MSV 28609).