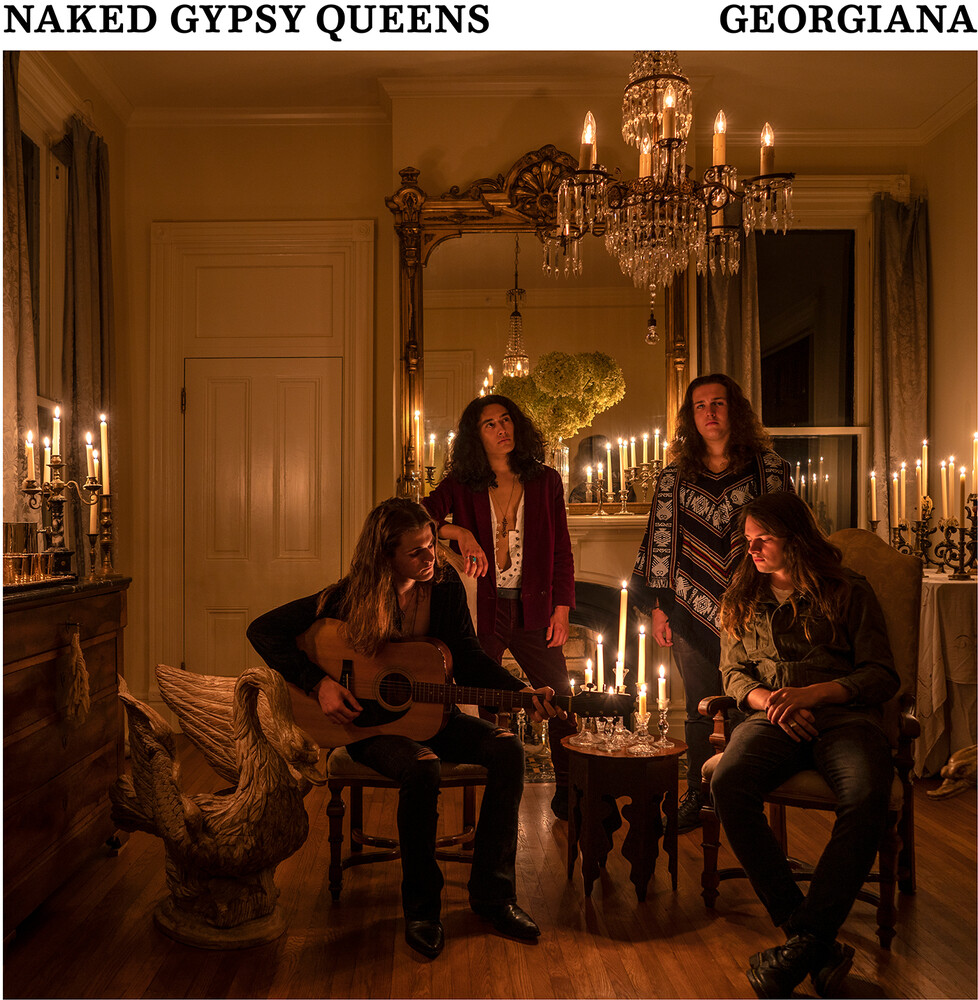 Naked Gypsy Queens are a timeless rock & roll band for the modern world. Rooted in a mix of amplified blues, hard-charging grooves, and dual lead guitars, they build upon the larger-than-life sound of their he-roes from the 1960s and '70s, keeping the flame burning for old-school hard rock while using their own 21st century fuel. Formed while all four members were still in high school, Naked Gypsy Queens built their audience the blue-collar way: by plugging in, turning up, and playing out. They cut their teeth on the classics - the Roll-ing Stones, MC5, the Allman Brothers, Pink Floyd, and Led Zeppelin - and funneled those influences into their own songs, creating an original sound that was loud, aggressive, and filled with supersized hooks. Af-ter developing a loyal following in their hometown of Franklin, TN, they set their sights on Nashville, quick-ly becoming one of the city's premiere rock acts before any of the bandmates had turned 20 years old."Our goal was to become the baddest live band around," says frontman Chris Attigliato, who shares guitar duties with Cade Pickering. "We were loud. We were a band you had to see onstage. It started to become a cult thing, with lines forming around the block at some venues. We weren't trying to achieve the highest number of digital streams; we were just doing what we wanted to do, and making the music we wanted to make. As it turned out, we were pushing some buttons, too."With Georgiana - Naked Gypsy Queens' debut EP for Mascot Records, produced by the same team that helmed Greta Van Fleet's chart-topping Anthem of the Peaceful Army - the band confidently steps into the international spotlight. These songs mix southern-fried swagger, electrified stomp, and sharp songwriting into five unique anthems, showcasing the chemistry between Attigliato, Pickering, bassist Bo Howard, and drummer Landon Herring. "Down to the Devil" is a raw, riff-based rocker with a meteoric chorus, "Geor-giana" is a barn-burning anthem punctuated by slide guitar and thundering drums, and "Wolves" is a guitar-driven blast of minor-key bombast. Rounded out by the dynamic power ballad "If Your Name is New York (Then Mine's Amsterdam)" and the thumping "Strawberry Blonde #24," Georgiana shows the full range of Naked Gypsy Queens' reach. It's a snapshot of a band on the rise."We're trying to evoke that feeling you get when you listen to 'Kick Out the Jams' by MC5," adds Attigliato. "That's the vibe we're looking to lay down. It comes from a combination of backbeat, attitude, and groove. It's a feeling - an expression."The guys recorded Georgiana in Detroit, working with studio veterans Marlon Young, Al Sutton, and Her-schel Boone. Looking to capture the high-octane energy of their acclaimed concerts, they knocked out each track in a series of live takes. Meanwhile, legends like Alice Cooper and MC5's Wayne Kramer stopped by the studio throughout the tracking process, strengthening the bond between Naked Gypsy Queens and the rock icons who came before them."We've got an older sound, mixed with something new," says Howard, who remembers stumbling across Attigliato and Herring in the basement of the boys' Tennessee high school, bashing their way through Led Zeppelin's "Whole Lotta Love" with beyond-their-years skill. "From the first time I met these guys, I knew I had to play with them. I knew we could make music that drew in other people our age, while still appeal-ing to those who grew up with this kind of music."With a sound that reaches across generations, Naked Gypsy Queens are the new heavyweights of rock & roll's modern-day renaissance. They bridge the divide between the genre's past and future, planting one foot in the territory of their influences and pointing the other toward unexplored territory. Led not only by Chris' soulful howl, but also the sonic punch of a taught rhythm section and the interlocked riffs of two lead guitarists, Naked Gypsy Queens are royalty in the making.
This website uses cookies to personalize content and analyse traffic in order to offer you a better experience.
I accept Learn More
back to top