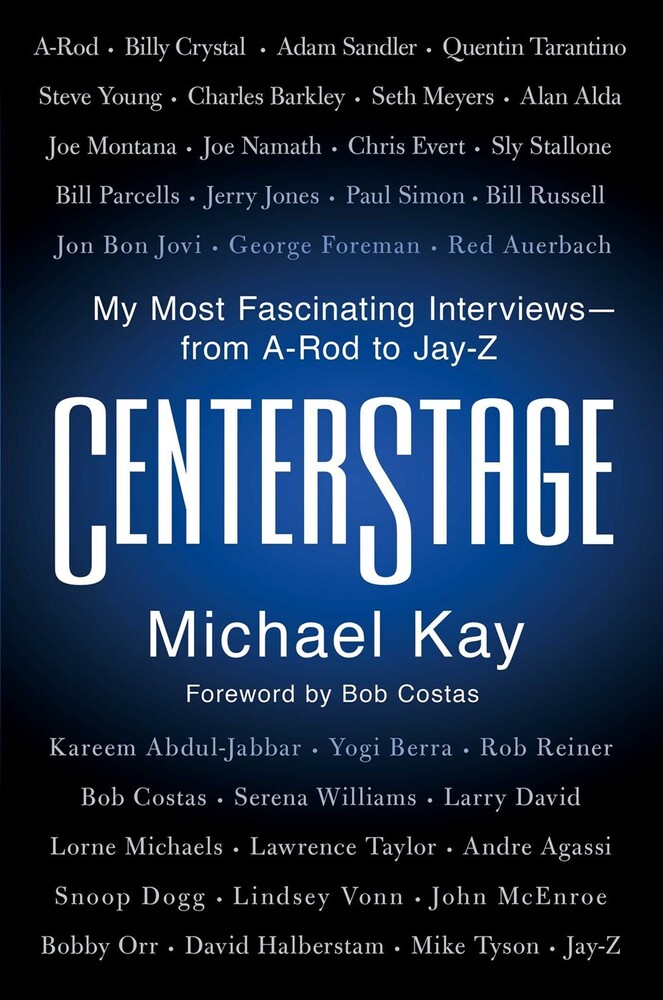 From the longtime host of the New York Yankees' television broadcasts, ESPN Radio's The Michael Kay Show, and YES Network's Emmy Award-winning CenterStage comes a selection of his most memorable interviews with the most intriguing personalities in sports and entertainment-ranging from Jay-Z to Mike Tyson to Serena Williams to Adam Sandler to Bon Jovi to Larry David.
back to top